Bluestone Aikatsu is the Discord Server that Established in 2017-07-25, This only discusses about Aikatsu, PriPara, Pretty Rhythm and Warcraft.

This was formerly Server name called Ice Crown War3, Although the Project of Ice Crown was Started in 2013 as Amitie, During Discord was not Released yet in 2015.

Synopsis about this Server

To start joining this Server, We Recommend you have Read the Rules first before join. You will granted by joining this server before starting chat onto server, Or if you not join instead invite link, We have Server Widget. The Rules are not exhaustive, You will agree to join this server if you don't read the rules, as the Administrator will ban you.

Although this DiscordIntegrator Template will not appear, this marked to be note using <!-- -->.

What's the meaning about Bluestone?

The Threshold 2 Release was included, But nothing prepared something that. Remembering it was become Windows 10 Insider Preview, to get bugs and fixes in future builds, Therefore, it was currently doing for Windows 10 Creators Update as started Redstone 2.

Differences buildtag like Redstone, which suppose if there's none of these following:

Before i know about this buildtag for Windows 10 Redstone, Following through about Bluestone codename is example:

The BS Buildtag is Bluestone, actually it Comprised that says Redstone (RS). it's what when changing name server for discord, Apparently About Windows 10 Redstone Codename.

Do you know what Ice Crown means?

Ice Crown is the Melee Game for Warcraft III, which it was prepared When installing Warcraft III as well, and it was made by Blizzard Entertainment, and for Official Map.

The Ice Crown have been Started in 2013 for the First Beta Release, This was probably having Reissue for next Release in future.

These are Channels that we created something, Feel Free you want chat something such as General, Offtopic, etc.

Ice Crown War3 has Provided for Affiliates, We pronounced that supports:

As some Member Bots has included, you choose Bot-lab channel to see it. 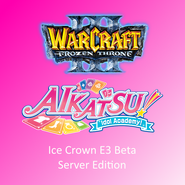 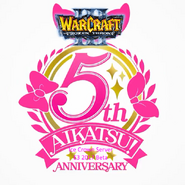 Revision 3 logo, before Bluestone Aikatsu changed name server.
Add a photo to this gallery
Retrieved from "https://icecrownserver.fandom.com/wiki/Bluestone_Aikatsu?oldid=14289"
Community content is available under CC-BY-SA unless otherwise noted.